How to install 10 Band Equalizer for Rhythmbox

I like Rhythmbox on Ubuntu Desktop but it does not come with an equalizer out of the box. Fortunately, there is a 10 band equalizer that you can install as a plugin and it works really well.

Here are the steps to install the 10 band equalizer with Rhythmbox version 3 and later: 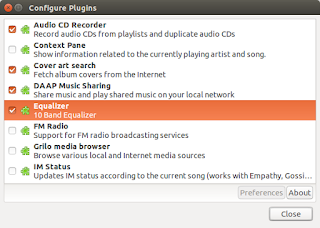 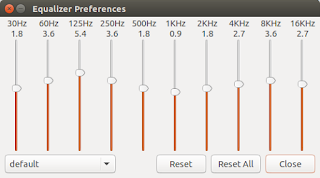 That's it! Happy equalizing!
Posted by Edward Smith at 1:55 PM